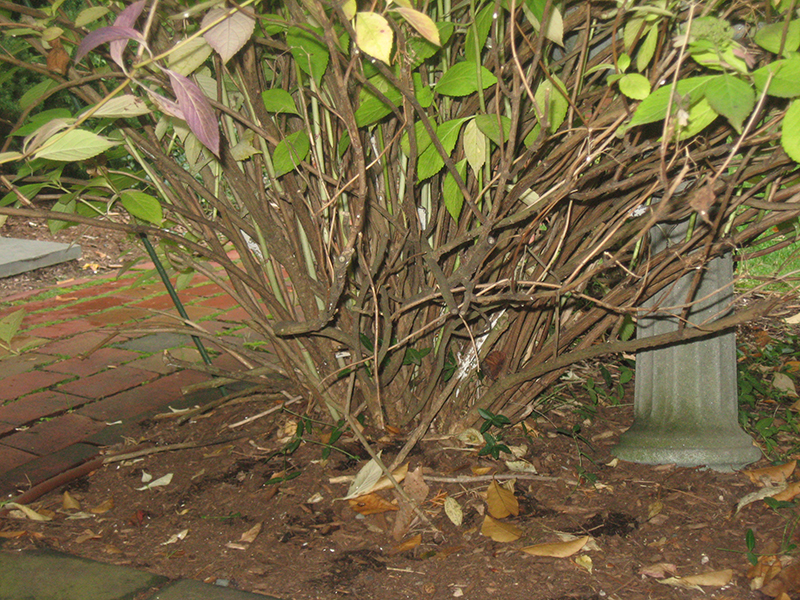 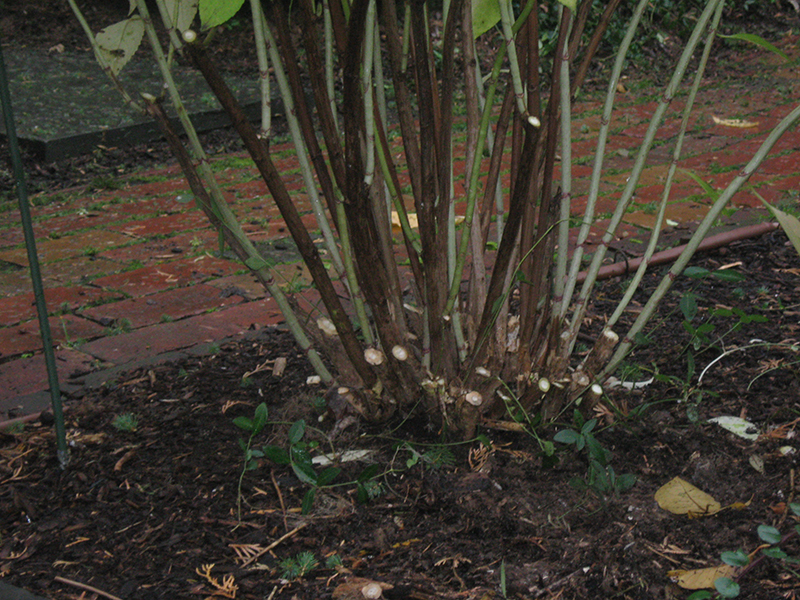 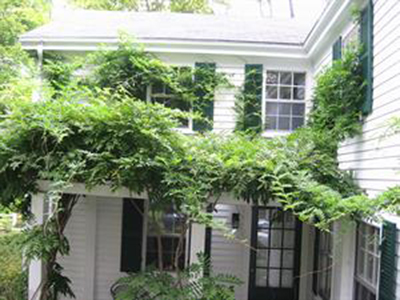 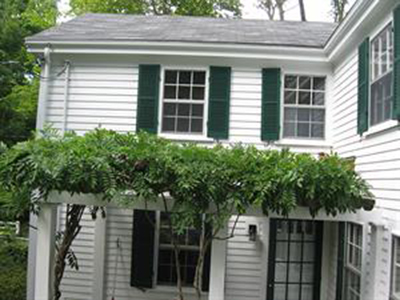 This Wisteria is out of control and is about to devour the side of the client's house. Both the Chinese and Japanese form can grow 10 to 20 feet per year, so they often need to be pruned at least two or three times per season and even more often in some cases. It was necessary to cut the vine and pull it from the shutters, down spouts and windows in this case. We reduced the Wisteria to the confines of the supporting trellis.